There’s a time of year that CAD geeks (like me) look forward to with great excitement, but network and infrastructure administrators (also, like me) dread. It happens every spring when the good folks at Autodesk release the new versions of their software. My CAD geek’s excitement over new toys is usually tempered a little bit by trepidation over the trials associated with upgrades, migrations and update training. This year, however, Vault 2021 has my inner Administrator just as excited.

Obviously, Autodesk always prioritizes productivity enhancements and this year is no different. This new and enhanced functionality can best be summarized in three areas:

1) Productivity enhancements for CAD users.
2) Something they are calling Smart Duplicate Reduction, and.. Wait for it…
3) More and better tools for Administrators

Enhancements for CAD Users
Now, for all of you Inventor users, Vault 2021 supports the new interoperability between Inventor and Revit. Beginning in Inventor 2021, AnyCAD allows Inventor users to reference their Revit models into Inventor assemblies. As a result, Inventor users can design and arrange parts and assemblies in the context of an architectural model.

That architectural model reference updates in the assembly to reflect ongoing changes to the Revit model. That’s big, not only for the obvious modeling advantages, but because most Inventor users don’t have access to Revit.

Most users access Inventor via the Product Design & Manufacturing Collection. Unfortunately, the PD&M Collection does not include Revit, severely limiting what its subscribers can do with Revit files. I am very excited to further explore all the potential workflows enabled by this interoperability, especially with my Factory Design Utilities users.

Vault has long supported storing Revit data inside a vault. However, Revit users, even those with Vault access, are often prone to using one of Revit’s other collaboration options such as hosting those models on a network share or on BIM 360. Vault 2021 can manage those AnyCAD references even if the data resides outside a vault on a network share or BIM 360. In those scenarios, the Revit data is not duplicated in Vault. Vault simply manages the reference to the data in its original location. A user opening an Inventor assembly with an AnyCAD Revit reference will retrieve that data from its original source. 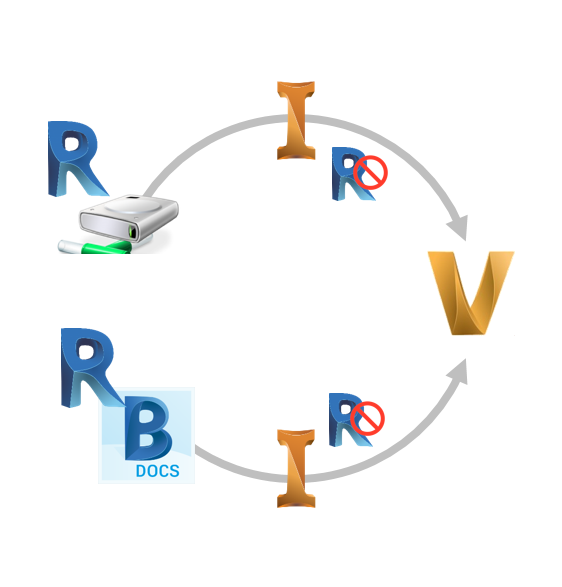 Vault 2021 has a new system property called “Has Parent Relationship”. This property will allow users to identify, filter by, or search for files that don’t have referencing files. This allows users to determine if, for example, a part during the ongoing process of design was replaced in – or abandoned by – an assembly. Now the user can potentially purge or avoid releasing parts not actually used in the final design. 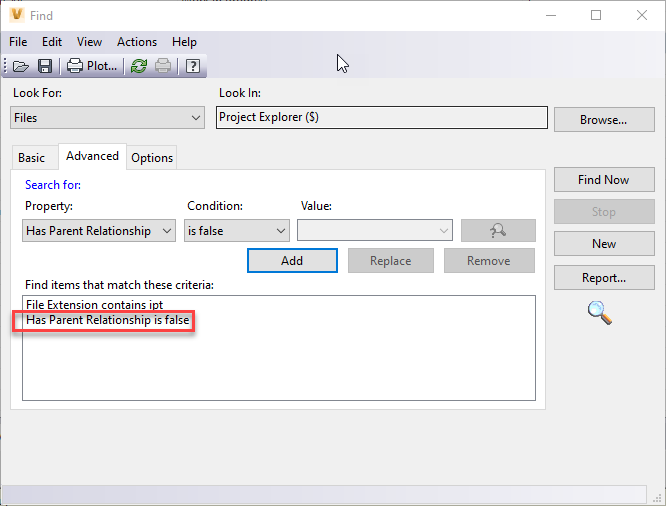 I’m including these next feature enhancements with the ones that most benefit CAD users, but Administrators will appreciate them also.

In Vault 2021, Copy Design Rule Sets are now stored on the server instead of each user’s local workstation. That means that new rules and modifications to existing rules immediately become available to all of the users. No need to manually propagate them across all user’s workstations. I know a few Administrators who will want to upgrade based on that feature alone. 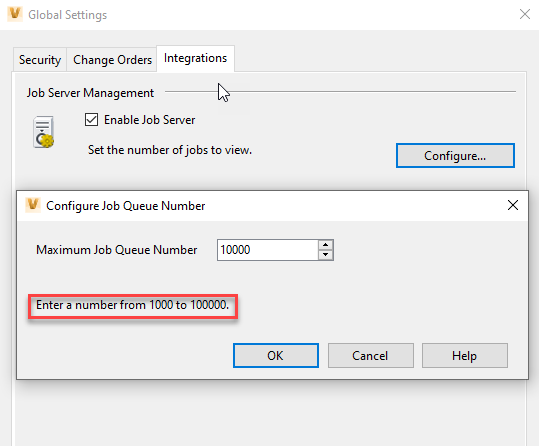 ECO email template customization is now far more capable as you can include new links to files and items. 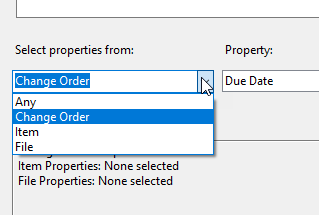 You can include ECO properties in the subject as well as the body. 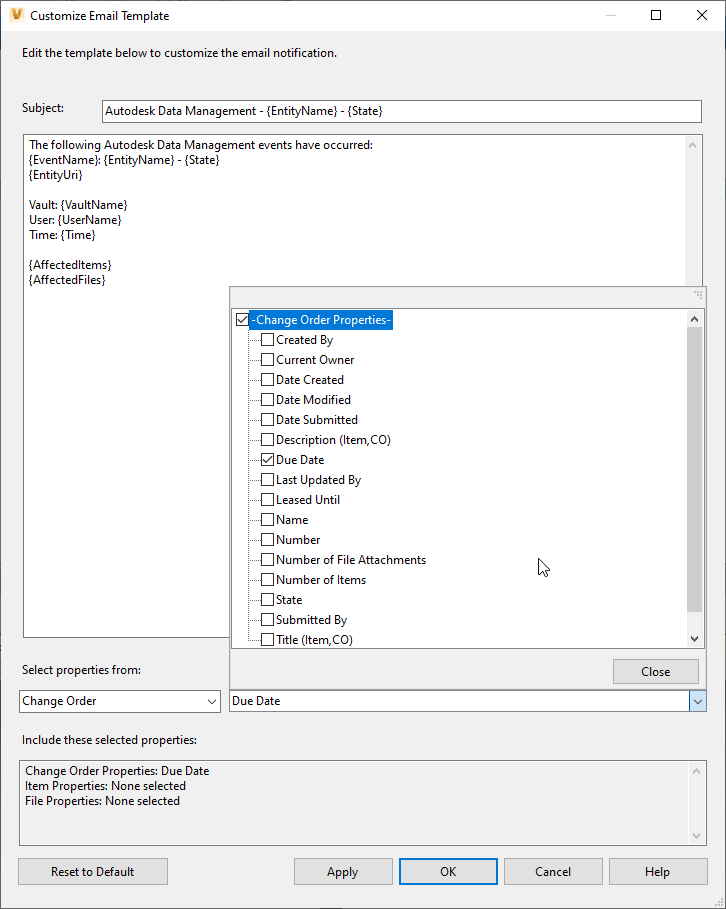 And, like the Copy Design Rule Sets, the template is stored on the server. 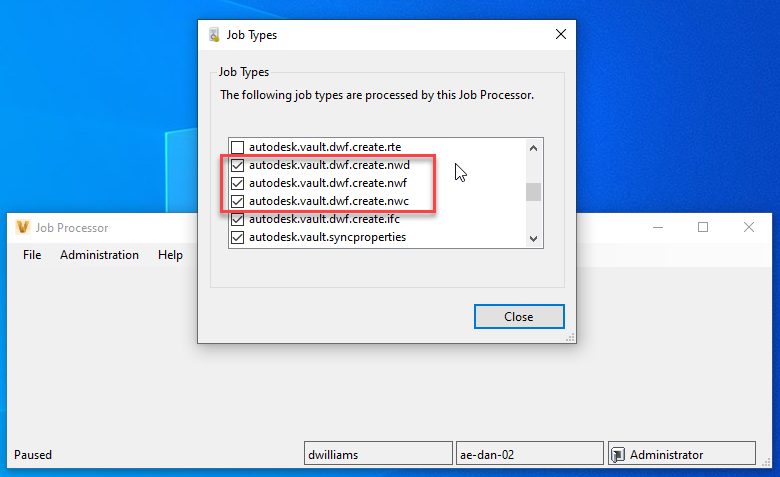 Smart Duplicate Reduction
At the core of this concept is a feature that was introduced in Vault 2020.2 called Duplicate Search which allows Vault to intelligently index the geometry of Inventor models. That index can be used in lots of interesting ways. Perhaps the most obvious is that it gives users the option of comparing their model to what is already in vault prior to checking it in.

The theory being, this should promote the re-use of existing models and reduce the time and costs associated with producing the same physical part over and over. Fewer redundant part numbers, less time re-creating drawings, fewer opportunities to introduce errors… the list of potential benefits goes on and on. 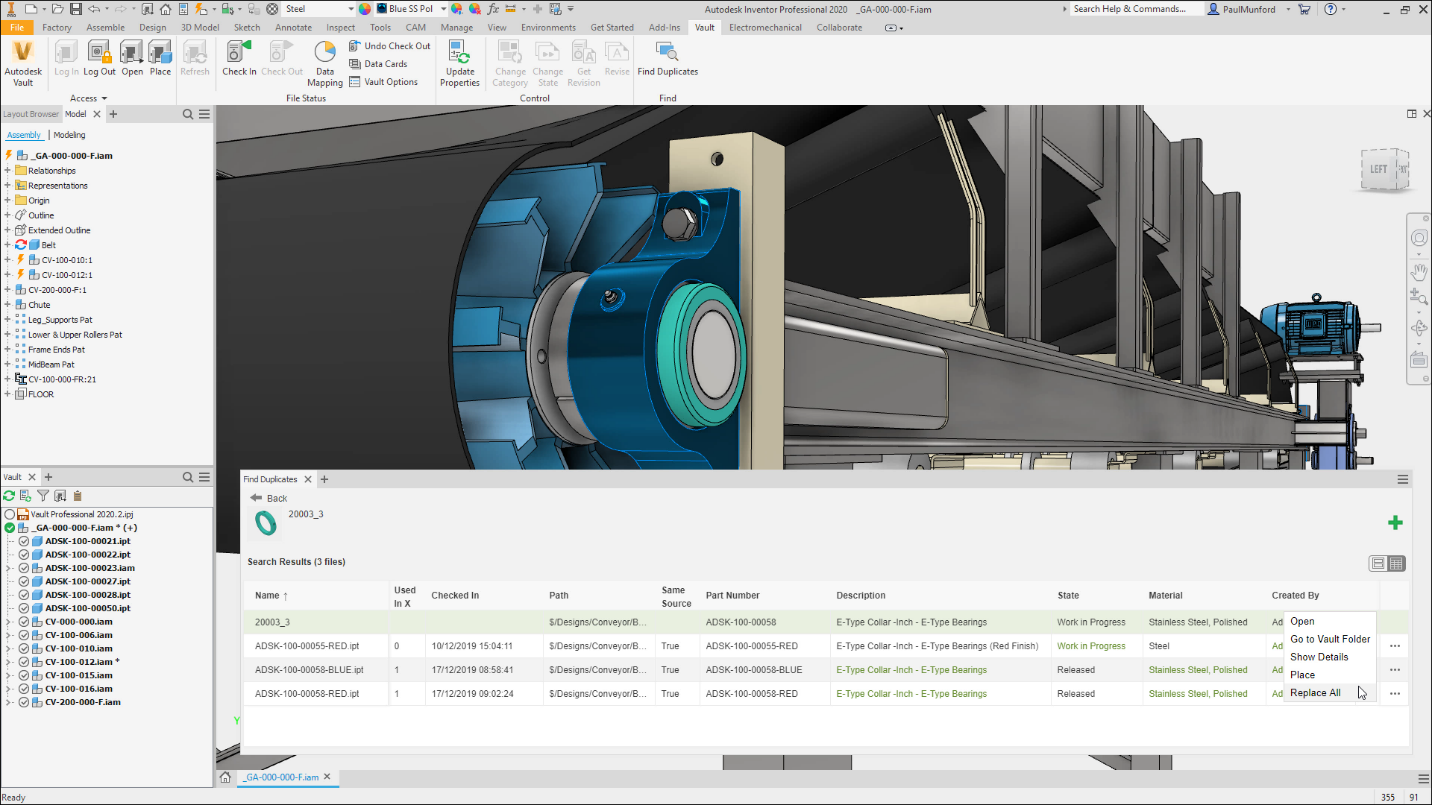 Further, this information is aggregated and exposed to Managers in the form of a Duplicates dashboard so they can better understand their environments. 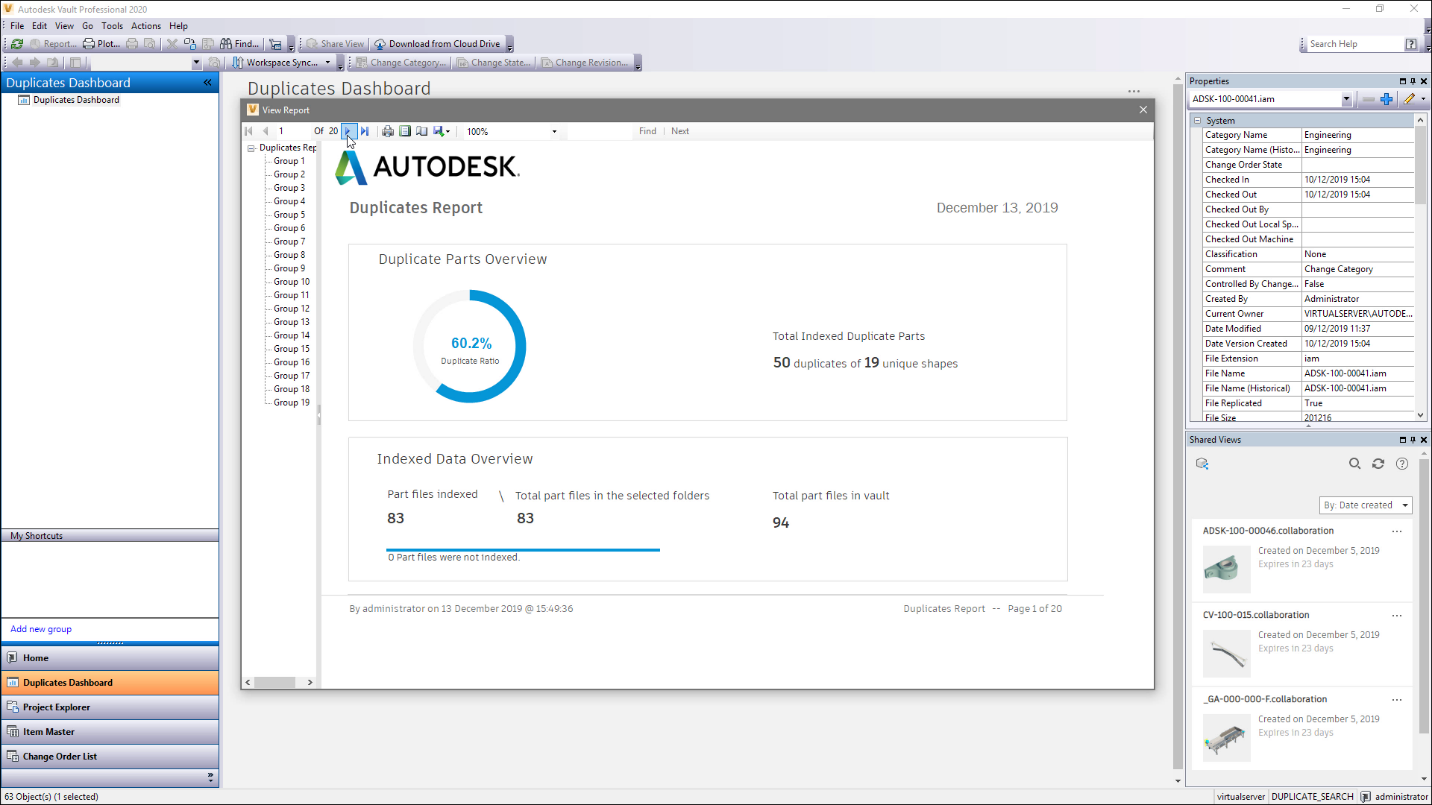 Tools for Administrators
If you have made it this far, congratulations, data management can be a pretty dry and boring topic. Prepare yourselves, the remaining enhancements are geared directly at Vault 2021 Administrators and as such, may be of minimal interest to a typical user.

In previous versions of Vault, any user who had Read rights could also download a file. Once a “clever” user has a local copy of the file, they could potentially modify or distribute it. Vault 2021 splits the download permission out as its own separate right. Now those “clever” users can be grated Read permissions while denied Download rights. 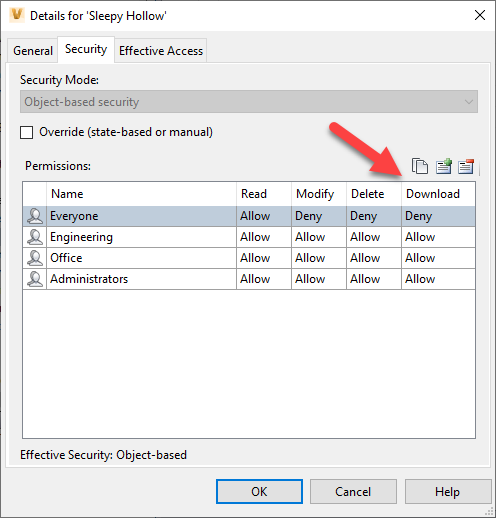 This Download permission can be applied to roles, objects and lifecycle states.

In Vault 2021, the Audit Logs have been enhanced to provide more relevant information about specific user actions like Get, Open, Pack & Go, and more. 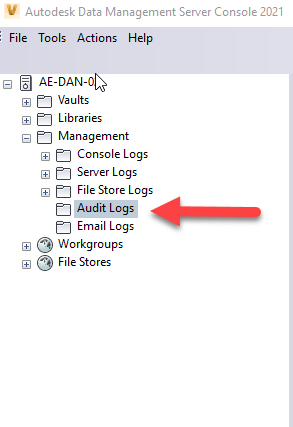 Now, instead of editing a configuration file, the logs can be enabled and configured using the UI.

Most Vault administrators have multiple roles within their respective organizations. As a result, it is common for them to have at least two sets of Vault credentials, one for administrative tasks, and another for their day job.

Switching between these roles often involves a lot of logging in and out over the course of a workday. Alternately, they can maintain multiple Vault application sessions open at once, each with a different set of credentials. Regardless of which method used, it is very easy to “forget who you are” and attempt a task with the wrong credentials.

Vault 2021 makes it easy to tell if you are logged in with administrative rights by altering the color of the status bar. 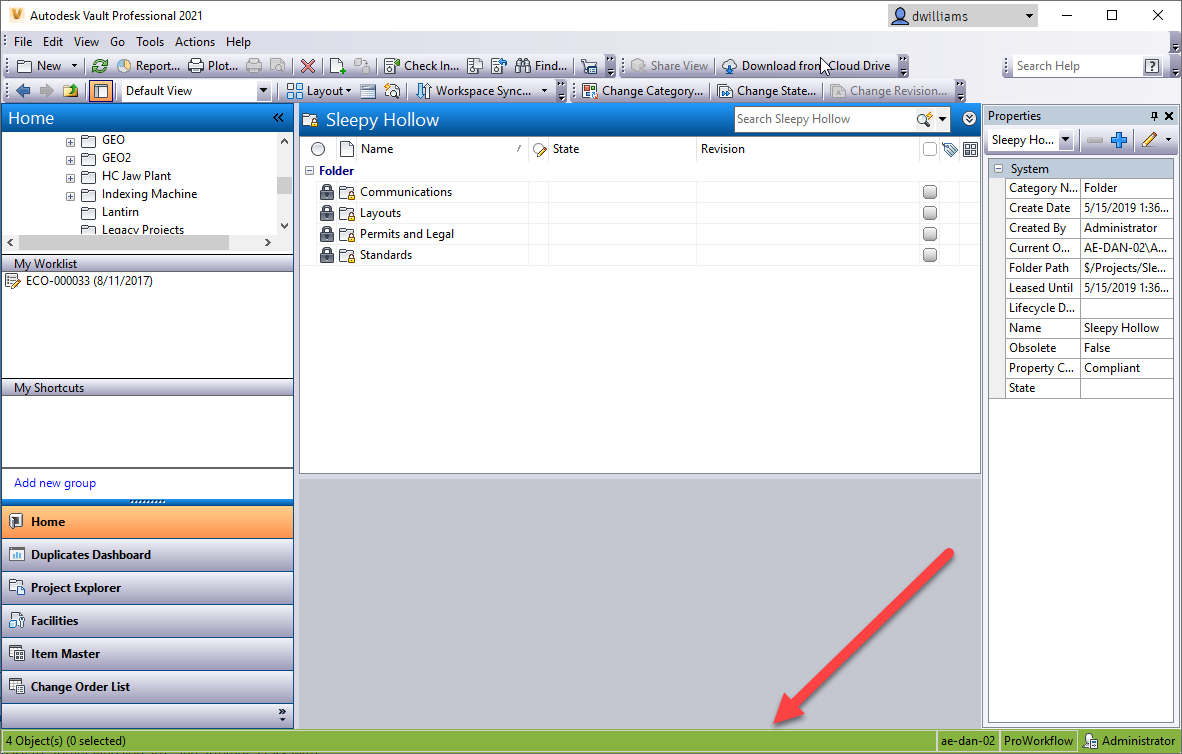 Since its inception, Vault has required a specific named MS SQL Server instance. It always had to be called AutodeskVault. This was problematic for a number of reasons. Many larger organizations have rules and regulations concerning SQL instance names and prefer that those names not be predictable for security reasons. It also caused issues if you wanted the same SQL server to host instances for two or more Vault servers. The list goes on…

Now, in Vault 2021, an instance name other than AutodeskVault can be specified.

It somehow seems appropriate that I saved enhancements to Backup and Restore for last. Few would argue against making backups as often as possible. The period between backups represents potentially unrecoverable work should some outage occur requiring the server to be restored. However, for administrators of very large vaults, some balance must be struck between the need for fault tolerance and the edict of minimizing downtime for backup and restore operations.

As you can see, there is a lot here for a typical user to like. And I think Administrators will like it, too! 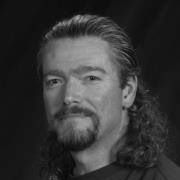 Dan Williams is an Applications Engineer at Repro Products Inc. An alumnus of Auburn University with a degree in Aerospace Engineering, Dan has more than two decades of experience in the Autodesk Reseller Channel helping organizations acquire, implement and utilize manufacturing solutions such as Inventor, AutoCAD Electrical, AutoCAD and Simulation products. He also has extensive experience implementing data management solutions such as Autodesk Vault.

Attend this in-person seminar to learn more about Autodesk® Inventor® and Vault.  We will begin with an overview of Inventor which provides professional-grade engineering solutions for 3D manufacturing design, simulation, tool creation and design communication.  Inventor’s integrated 2D and 3D design will help you make great products, cost-effectively, in less time.

Then we will provide an overview of Vault for Manufacturing to show how the software manages your design documents, including AutoCAD and Inventor files. We will explore how having files on data islands causes loss of time and increases manufacturing costs.

PLEASE FILL THE FORM BELOW TO REGISTER: